Esther Horgan’s Killer has been Caught

The terrorist who killed Esther Horgan on Sunday has been apprehended in a joint effort by the Shabak (General Security Service), the IDF, and the Israeli police reports Israel Hayom. The suspect is a resident of the Arab city of Jenin.

According to reports, the perpetrator was located using advanced intelligence gathering and was apprehended without resistance. There is currently a media blackout on the details of the arrest.

52-year-old Esther Horgan, a mother of six, was brutally murdered in a terrorist attack while jogging near her home in Tal Menashe, Shomron (Samaria). The murderer is still at large and police are investigating the incident. Her body was laid to rest today at a funeral attended by hundreds of family and friends. The Israel365 charity fund is raising money for her 6 orphans, 100% of the money raised will be donated immediately to the grieving family.

Horgan left her home on Sunday in the afternoon to go for a jog in the Shaked Forest adjacent to her home. When she did not return, her family notified the police, and a search was launched that continued until the morning when her body was found with signs of violence.

She was laid to rest on Tuesday morning. Israeli Health Minister Yuli Edelstein (Likud) spoke before the funeral, calling the deadly terror attack an act of “monstrous cruelty”.

Her husband, Binyamin, described the events leading up to the attack. 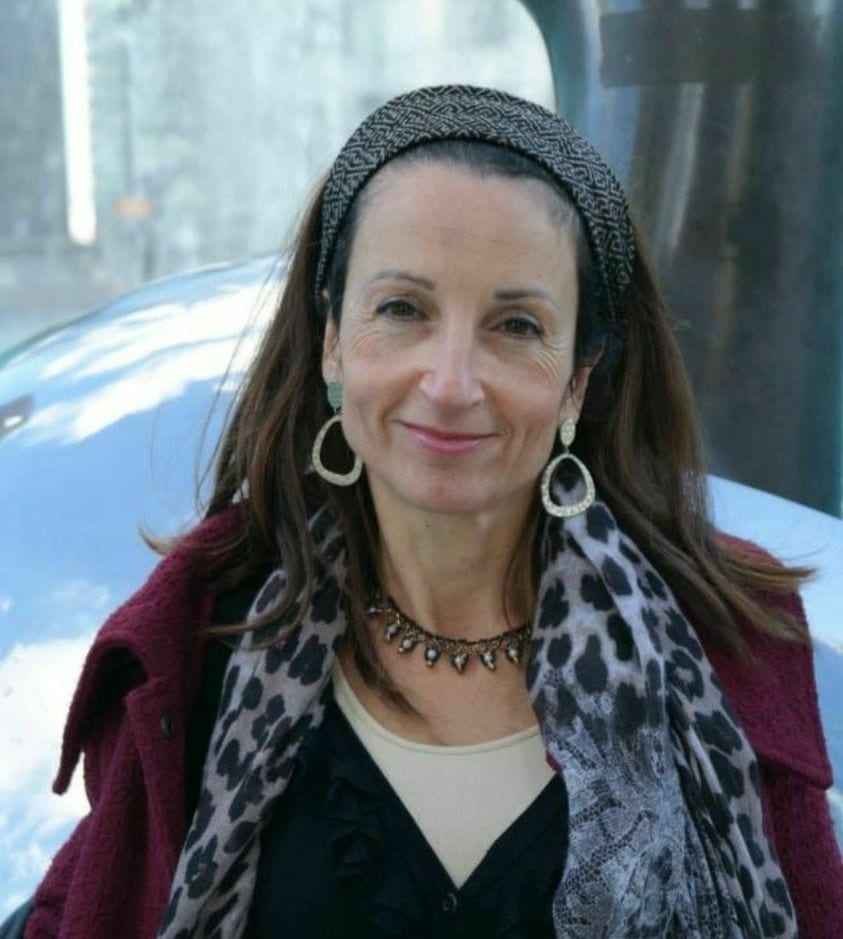 “Esther went out yesterday as she used to, for a hike in nature, which she loved so much. No adventurous acts, just a hiking trail like there is in every normal place in the country, and she did not come back. She was so full of life and light and love for everyone, and all this was cut short in an instant. It is impossible to describe at all in words, who can do such an act?” he said in tears.

“Esther raised a great family, loved the grandchildren and now they will have no mother, no grandmother. Esther will be missed by all of us, the family and everyone who knew her. Before I knew what was happening, I received messages from all sorts of people who recalled how much she touched them and how much she did. We see the great success of the family and of the community in general, and that is largely thanks to her.”

DONATIONS TO THE FAMILY CAN BE GIVEN AT THIS WEBSITE.

“A despicable and cowardly terrorist had a burning hatred that he took out on a wonderful, innocent woman, Esther Horgan,” said Edelstein Tuesday morning. “He murdered her with monstrous cruelty not because she did anything to him, rather simply because she was Jewish.”

“I am certain that our security forces will quickly apprehend the terrorist and bring him to justice.”

Samaria Regional Council Chief Yossi Dagan called the victim “A wonderful woman, full of goodness, who went out in the middle of the day to exercise near her home. What kind of savages are we up against? Israel will triumph, they won’t break us.”

“Esther left behind a husband and six orphans – two girls and four boys. Her youngest is 13-years old and celebrated his bar mitzvah only 3 months ago,” Akiva Gersh of Israel365, said. “The Bible instructs us to “Comfort, comfort My people O’ Israel” and now is our chance to provide comfort and financial assistance to the family of Esther Horgan. 100% will be immediately transferred to Esther’s grieving family, so please give generously”

DONATIONS TO THE FAMILY CAN BE GIVEN AT THIS WEBSITE.