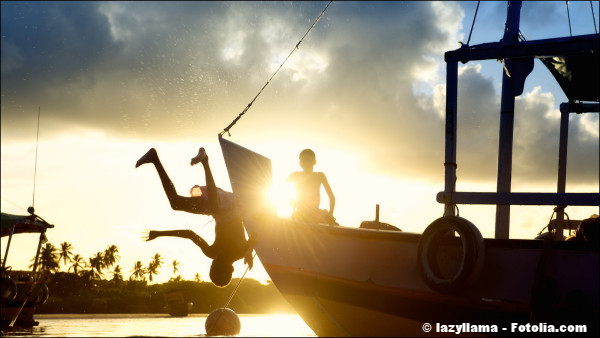 However, you may slaughter and eat meat within any of your towns, as much as you desire, according to the blessing of the LORD your God that he has given you. The unclean and the clean may eat of it, as of the gazelle and as of the deer. Only you shall not eat the blood; you shall pour it out on the earth like water. (Devarim/Deuteronomy 12:15-16)

God is very particular about how we are to approach him. This is true throughout the entire Bible. In the days of the Mishkan (English: Tabernacle) and the Temple, there were very specific rules and regulations governing who was to do what where. This week’s parsha (weekly Torah reading portion) includes a relatively brief, but important, section that acts as a safeguard to prevent the people from taking God’s particulars too far.

Once Israel was sufficiently settled in the Promised Land, they were to seek out the location to which God would direct them to be the place of sacrifice. Until then, God tolerated a more laissez-faire approach to the people’s offerings. But once the location was clarified, they were forbidden from making sacrifices anywhere they wished. At first, it was the town of Shiloh and later Jerusalem. Following the explanation of the limits placed on where to sacrifice, God, in his wisdom, clarifies that his strict approach to the location of the slaughter, offering, and consumption of sacrificial animals was not to apply to the normal, day-to-day, eating of meat. It may seem obvious to some of you that the regulations controlling sacrifices wouldn’t also apply to general meat consumption, but other people seem to require this kind of further explicit information.

This second group of people includes the keener ones among us. You know who you are! You’re the kind of person who always insists we play by the book. If it’s in the rules, we have to do it. You’re the one always asking whether or not something is the “right thing to do.” Not much wiggle room when it comes to right and wrong. You’re probably married to someone who thinks you are a nitpicker, making mountains out of every molehill. But you know the truth, don’t you? Let other people waffle in their imaginary land of gray, as they float through life, but not you! God has drawn the lines and you are going to abide by them. Disclaimer: that’s my tendency. While I know I fall short just like everyone else, I think we should take God’s Word seriously and avoid any attempt to water it down in the name of grace or any other misguided theological notion. Note: I do believe in God’s grace, though I reject the idea that it nullifies God’s stated directions for our lives. In fact, grace is the power given to us freely by God through faith in the Messiah enabling us to be what God wants us to be and to do what he wants us to do, but I am getting off topic.

One of the tendencies that besets people like me, we who tend to be sticklers about doing the right thing, is that we can undermine the very obedience and faithfulness we claim to uphold. We do so by going overboard. If God says to eat the sacrificial meat in only the specified location, then perhaps it’s advisable to eat all our meat there. If God requires something, then doing more of it more often must be better. But that is not necessarily the case. This is the kind of thinking that leads some communities to create extreme food regulations, to enforce certain kinds of strict child-rearing customs, to forbid marriage, or impose other standards of behavior that God never intended for us. Often this begins out of a heart for godliness but eventually, results in oppressive customs and destructive traditions.

I am aware that the more common problem in our day is the neglect of God’s standards, a wrong understanding of grace and forgiveness that leads to licentiousness and other forms of ungodliness. It is this growing neglect of God’s Word that often fuels a sometimes extreme overcompensation that ends up justifying going overboard in the other direction.

But going beyond what God says is no better than neglecting it. People with this tendency have a hard time agreeing to such a statement. But think about it. If you are so keen to obey God, do you really think going beyond what he says is the same as truly doing what he says? Before you react, with “Yes, but…” as you point your finger at others, stop and consider what faithfulness to God really is. Going overboard in your attempt to follow the Messiah is the same as not following him. What we really need is the kind of balanced approach to the obedience exemplified by our parsha.