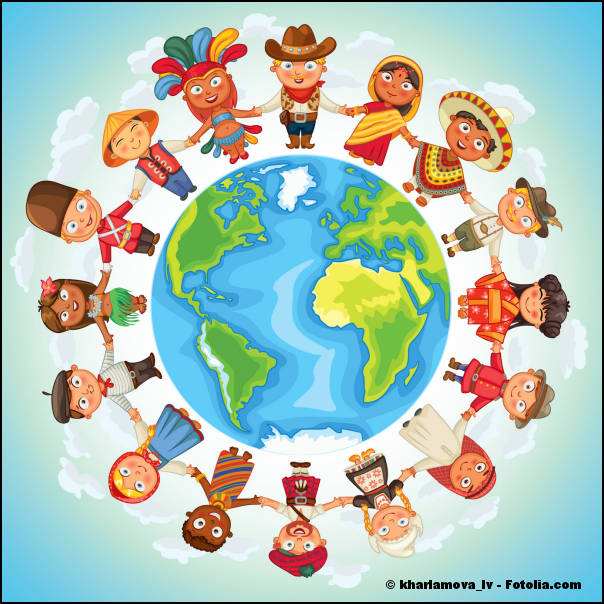 The verses I just read contain a biblical understanding of life that is being overrun today by misguided notions of tolerance, brotherhood, and unity. That’s not to say that tolerance, brotherhood, and unity are not biblical notions. Indeed, they are, but it’s the versions of these and many other noble principles that are misguided. Obviously the main issue addressed by God through Moses here is the charging of interest, which certainly deserves our attention, but there is an underlying concept of human relations that is foundational for what is being said about loans. And it is this concept that I want to focus on this week.

Whatever else is implied by the charging and not charging of interest, the people of Israel were directed by God to treat citizens differently from non-citizens. This seems to contradict what God says elsewhere: “You shall have the same rule for the sojourner and for the native, for I am the LORD your God” (Vayikra/Leviticus 24:22). But these are two different contexts. One has to do with life and limb; the other is about loans and interest. One is clearly a justice issue in which natives and foreigners were to be judged equally, while the other is financial. Note it doesn’t say not to loan money to foreigners, just that charging interest in their case was permitted.

So on one hand the Torah is very clear about social equality between peoples. When Yeshua centuries later used the Samaritans, a despised people group of his day, to illustrate to his fellow Jews what loving one’s neighbor really means (see Luke 10:25-37), he was not being a modern radical, but he was rather affirming Torah principles that were being denied by his fellow countrymen. Contrary to popular misconception the Scriptures are not the basis of bigoted racial theory, but actually clearly espouse the unity of the human family via Noah and Adam. According to the Bible there is only one race, the human race.

At the same time, God’s inspired written word recognizes – more than that! – it celebrates national distinctions. Even though the emergence of diverse languages and the resultant cultural and ethnic groupings were due to an ungodly attempt of self-preservation as recorded in the account of the city and tower of Babel (see Bereshit/Genesis 11:1-9), the hand of God is seen in the development of nationalities. The Book of Revelation’s depiction of the renewal of all things in keeping with the Hebrew prophetic writings in no way anticipates the homogenization of ethnicities but their continued national distinctions (see Revelation, chapters 21 & 22). The trans-national unity experienced by believers (see Galatians 3:28) was never intended to undermine the practicalities of ethnic diversity (see Acts 15 & 21:17-26; Romans 14:1 – 15:13).

And yet among Bible believers and the society at large there is a growing sense of embarrassment with anything that affirms nationalistic differences (except at times for certain cultural expressions like food and music). Both believers and non-believers alike have bought into a version of human unity that makes them uncomfortable with the idea we should treat foreigners differently from natives. But that stems from a denial of distinctions that God himself recognizes. Paul, for example, who was so passionate about the intimate unity we have in Yeshua, could still write that we need to prioritize providing for our families over others (1 Timothy 5:8), and that believers need to care for the believing community before expressing concern for outsiders (Galatians 6:10).

Recognizing lines of demarcation between communities is a good thing and is necessary for the healthy administration of societies. Full participation within any community, whether it be a small religious group, or a large country should be the result of a clear naturalization process. Differing requirements for members and non-members/citizens and non-citizens are not necessarily expressions of bigotry and prejudice, but the essential elements of belonging that are necessary for the effective thriving of any community. Claiming that all people everywhere have the automatic right to belong to whatever group they like regardless of who they are may sound nice, but in the end creates nothing but chaos and meaninglessness. We shouldn’t be surprised when those who impose their sense of so-called brotherhood upon us end up taking away every last vestige of true diversity with which God has graced us.