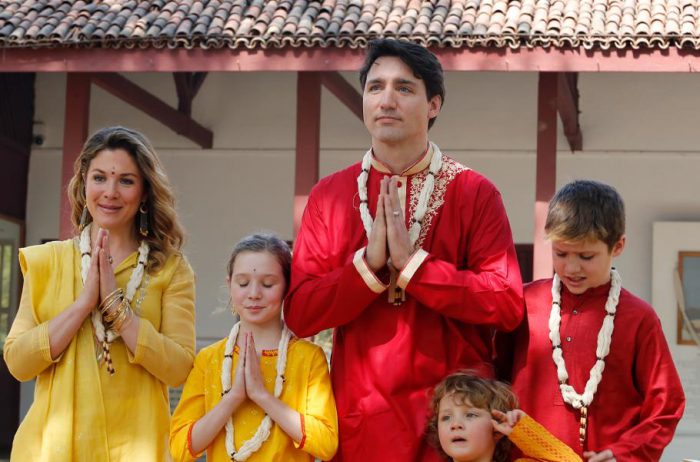 Thus Moses declared to the people of Israel the appointed feasts of the LORD. (Vayikra/Leviticus 23:44)

Something we frequently hear about lately is “cultural appropriation,” the concept that it is inappropriate in some, if not all, circumstances to take on foreign cultural forms and expressions. The Canadian Prime Minister, Justin Trudeau, was taken to task for this very thing on his trip to India earlier this year. When cultural appropriation first came to my attention some time ago, I frankly thought the strong objection to it was a bit strange, not because I don’t understand the concern, but because I am so used to it (sort of).

As a Jewish believer in the Messiah, whose spiritual relationships are mainly among non-Jews, I encounter cultural appropriation constantly. In fact, Christianity is and has always been an exercise in cultural appropriation. Generally, Jews and Christians are not aware of this, however, since most Christian cultural expression wouldn’t be recognized as Jewish. The fact is there is almost nothing within Christianity’s core beliefs that isn’t derived from the Jewish world. Some are more obvious than others. The primary document for Christians is the Bible, both Old and New Testament written almost exclusively by Jews and focused on activities happening to or done by Jewish people. Even as global outreach developed, its development and implementation was in Jewish hands. The God of the Christians is the God of Israel. The religious and theological concepts adhered to by Christians are all Jewish in origin, such as sin, righteousness, sacrifice, and holiness. Then there’s the very center of all core concepts, the Messiah. While the Jewish and Christian worlds have traditionally been divided over the Messiah’s identity, Christianity is founded on the conviction that Yeshua (Jesus) is the Jewish Messiah. Using Greek-oriented instead of Hebrew-oriented terminology obscures the cultural connection. That many Jews and Christians aren’t conscious that Christ and Messiah, for example, are synonyms doesn’t negate the Jewish nature of the messianic concept.

Other key Jewish components of Christianity are not as obvious. Most people don’t realize that baptism was originally a Jewish custom that was done as part of the conversion process as well as when an estranged Jewish person wanted to return to God. The development of the church as the place of community teaching and prayer was based on the synagogue. Communion, also called the Eucharist or the Lord’s Supper, is taken from Passover. The hope of the resurrection of the body was an exclusively Jewish concept. We could go on.

The early Jewish believers went out of their way to allow the Good News about the Messiah to function freely and fully in a non-Jewish context. Through God-given wisdom they freed the core of biblical faith from Jewish cultural control, allowing the nations to work out the essentials of biblical spirituality within their own contexts. What I don’t think the early believers envisioned is how far from a Jewish frame of reference the Church would go.

Many non-Jewish believers over the past hundred years or so have sought to re-contextualize Christianity within a Jewish frame of reference. Some correctly understand that the freedom to adapt biblical teaching within foreign cultures, while helpful in many ways, can tend to skew biblical truth, especially when cut off from its Jewish roots. At the same time, however, the passion to restore biblical faith to its ancient roots can go overboard. This is where appropriate cultural adaptation can become misappropriation. This happens in two ways: first, by confusing Jewish culture with biblical truth. Not everything that is Jewish is necessarily biblical. Much of Jewish culture found in the world today is recent in origin. While we don’t know the tunes of King David’s psalms, we are fairly certain that they were not anything close to what is thought of as Jewish music today. Similarly, Jewish foods are normally adaptations of local fare throughout the world where Jewish people have lived. Apart from the limits of kosher laws, there is nothing intrinsically biblical about the vast majority of Jewish cuisine.

The second type of misappropriation is in regard to actual biblical material. For example, take the feasts as listed in this week’s parsha (weekly Torah portion). It is tragic that this key component of the Books of Moses, like most of the Hebrew Scriptures, has been virtually ignored by Christians. There is so much to learn from the feasts as they teach us about God’s character and activities. Yet it is easy to go from a healthy renewed focus on Scripture to a misguided emphasis on cultural expression. Much of Jewish festival observance today is based on tradition, not Bible. Tradition isn’t necessarily a bad thing, but it is culturally bound to the people who developed it. People don’t often possess the level of sensitivity necessary to adapt cultural forms. That doesn’t mean it should never be done. Perhaps we need to meaningfully get to truly know the people whose culture it is before we treat it as our own.