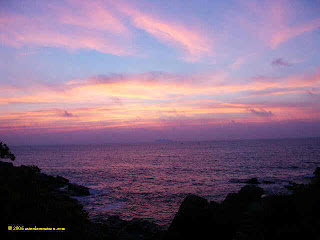 The Torah relates the story of the six days of creation in order to refute other theories that claim that the universe came into being through some cosmic accident or coincidence. As such, the story of creation speaks only in general terms to illustrate that nothing came into being except at G-d’s command. The Hebrew word, bara, emphasizes this. The word bara, used here for “create,” grammatically can only be used in connection to G-d (never for humans), and alludes to the creation of something from nothing.

The Torah’s narrative of creation is meant to directly establish G-d as the sovereign of the universe. Unlike other creation accounts circulating around the Ancient Near East, the Biblical account makes no attempt to explain the origins of G-d, or try to persuade the listener of G-d’s existence. The existence of God is an axiomatic fact. Therefore it immediately jumps to the explanation of G-d’s creation of heaven and earth.

In verse three, G-d says, “’Let there be light’: and there was light.” However, if one reads more carefully, the sun and moon were not created until the fourth day of creation (see 1:14-19). Therefore, what is the “light” that is being spoken of? Interestingly, there are two possible answers.

Within Jewish tradition there are, of course, a wide variety of perspectives regarding Messiah. Yet, the pre-existence of Messiah, and the presence of Messiah at creation, has been discussed among certain Jewish writers throughout history.

A medieval rabbinic anthology commenting on this verse states:

‘And G-d saw the light, that it was good.’ This is the light of the Messiah…to teach you that G-d saw the generation of Messiah and His works before He created the universe, and He hid the Messiah … under His throne of glory. Satan asked G-d, Master of the Universe: “For whom is this Light under your Throne of Glory?’ G-d answered him, ‘It is for … [the Messiah] who is to turn you backward and who will put you to scorn with shamefacedness (Yalkut Shimoni on Isaiah 60).’

Another perspective in the Talmud relates:

It was taught that seven things were created before the world was created; they are the Torah, repentance, the Garden of Eden, Gey-Hinnom, the Throne of Glory, the Temple, and the name of the Messiah … The name of the Messiah, as it is written: ‘May his name endure forever, may his name produce issue prior to the sun (Pesachim 54a, Nedarim 39a, also Midrash on Ps. 93:3).’

The light, which some rabbis speak of as alluding to the Messiah can also serve as a representation of the “Ein Sof,” the hidden/unexplainable aspect of G-d. There is a midrashic legend that teaches that this light was hidden until the time of the Messianic Age, after which it will be once more revealed. When this happens, it will be like in the Book of Revelation (Rev. 21:22-23, 22:5, etc.), where there will no longer be any need of the sun, for G-d’s “Ein Sof,” His presence, will provide all needed light.

However, nowhere is the Messiah more clearly connected to the themes of light and creation than in the Gospel of John:

“In the beginning was the Word, and the Word was with G-d, and the Word was G-d. He was with G-d in the beginning. All things came to be through him, and without him nothing made had being. In him was life, and the life was the light of mankind. The light shines in the darkness, and the darkness has not suppressed it … the Word became flesh, and dwelt among us, and we saw his Sh’khinah, the Sh’khinah of the father’s only Son, full of grace and truth (John 1:1-5, 14).”

May our divine Messiah, Yeshua, who was present at creation, continue to work in each of our lives to dispel the darkness, and make each of us into a new creation!