For years, the Palestinian Authority has been encouraging terrorist attacks against Israel by honoring and supporting Palestinian terrorists who are serving sentences in Israeli prisons and financially rewarding the families of Palestinians killed while carrying out terror attacks. Now, the US is taking steps to ensure its aid money does not end up in the hands of these terrorists.

The US Congress is taking action to prevent the Palestinians from using US funds to provide monthly stipends to Palestinians convicted of murder of Israelis or terrorism.

Senator Dan Coats (R-Ind.), a member of the Senate Select Committee on Intelligence, on Tuesday announced it will include the Palestinian Liberation Organization (PLO) in existing provisions that restrict funding to the Palestinian Authority (PA) in the 2017 State, Foreign Operations, and Related Programs Appropriations Act, under which US aid is provided to the PA.

The State, Foreign Operations and Related Programs subcommittee passed the legislation out of committee on Tuesday. 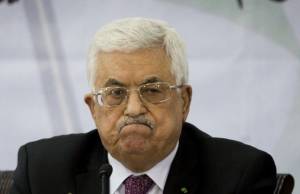 “Payments that reward and encourage terrorism must stop,” said Coats. “I am glad the subcommittee included this morally imperative provision in the bill. These payments by the PLO under Palestinian President Mahmoud Abbas provide rewards and motivations for brutal terrorists, plain and simple. To provide US taxpayer money to Abbas and his government so that they can treat terrorists as heroes or glorious martyrs is morally unacceptable. It ends with this legislation.”

Other government around the world have taken up similar action against the PA.

The PA’s funding and provision of stipends to terrorists directly generates acts of terrorism.

A closer look at the PA’s financial activity reveals that a significant segment of its budget is designated to the compensation, funding and support of terrorists, presenting an incentive and a significant form of incitement to terror.

Since 1998, the PA has been encouraging terrorist attacks against Israel by honoring and supporting Palestinian terrorists who are serving sentences in Israeli prisons and financially rewarding the families of Palestinians killed while carrying out terror attacks.

In 2014, Coats co-sponsored an amendment to the Fiscal Year 2015 State/Foreign Operations appropriations bill that provided for the reduction of budgetary support for the PA “by an amount…expended by the Palestinian Authority as payments for acts of terrorism.” This provision became law.

“Abbas’ sidestep is simply a shell game designed to avoid cutoff of aid by the US and other countries,” Coats stated.

Palestinian terrorist prisoners are regarded by the PA as patriotic “fighters” and as employees of the government of the PA. While in prison, these terrorists and their families are paid premium salaries and given extra benefits as rewards for their service. Upon release from custody, the terrorists become civil service employees.

Shockingly, monthly salaries for both incarcerated and released prisoners are on a sliding scale, depending on the severity of the crime and length of prison sentence.