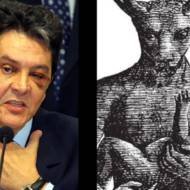 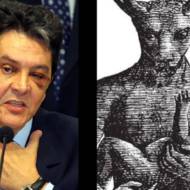 The Brazilian Jewish community condemned a social media post by a troublesome politician and said they would press criminal hate charges against Roberto Jefferson.

The Jewish Confederation of Brazil (JCB), which represents the 120,000-strong Brazilian Jewish community, called Jefferson’s post “an openly anti-Semitic message” and “one of the vilest ways” to attack Jews, the Jewish Telegraph Agency (JTA) reported.

“This features crime of racism with an increased penalty for having been committed through a social network,” the Confederation said in statement issued on the weekend.

“Screenshots and comments of followers, which can also be characterized as a crime, have been preserved for criminal investigation,” the Confederation added.

After the Jewish organization complained, Jefferson tweeted that the JCB was “clowning,” JTA reported.

“There are some assholes who make a point of generating tensions. The Confederation’s leadership wants sensationalism. Morons,” Jefferson tweeted before his account was blocked.

The offensive statement that Jefferson posted on his Instagram account Friday was accompanied by a picture of the ancient Phoenician god Baal holding a child in its arms. The post has since been deleted, and a check of Jefferson’s twitter account showed that it has been suspended with the notice that the “account has been withheld in Brazil, Worldwide in response to a legal demand.”

The Curitiba Holocaust Museum dedicated several educational tweets to the issue, noting that the text of Jefferson’s tweet is most definitely anti-Semitic.

“The charge of ritual crime against Jews came during the medieval period. Known as a blood libel, it is one of the most terrible expressions of cruelty and blind faith in the entire history of mankind. The myth was used as a motivation for the murder of thousands of Jews,” the museum tweeted Saturday.

Jefferson has a troubled political past tainted by a corruption scandal. Previously banned from Brazil’s parliament, he is currently president of the Brazilian Labour Party (PTB) but is not himself a member of the legislature.

Prime Minister Benjamin Netanyahu visited Brazil in 2018, the first Israeli prime minister to do so. There, he met with then President-elect Jair Bolsonaro to build bilateral ties.

Jefferson’s PTB party has 12 seats in Brazil’s 513-seat lower parliamentary Chamber of Deputies and is a strong supporter of Bolsonaro, who promised he would move the Brazilian embassy from Tel Aviv to Jerusalem.