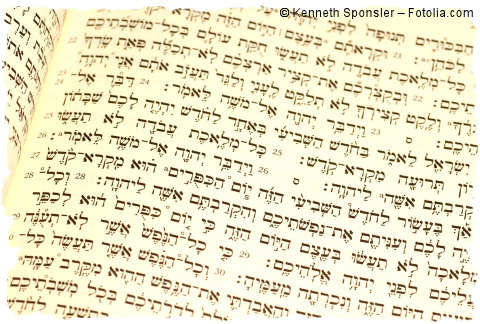 This week’s parsha (weekly Torah reading portion) includes a very serious injunction to impose violent capital punishment upon a person who “blasphemes the name of the LORD.” We may hear the term “blaspheme” mentioned from time to time, but what does it actually mean? And why is it so serious?

Depending on the English translation blaspheme is used when translating a variety of Hebrew words that apparently refer to the dishonoring of God in one way or other. The word here is “naqav,” which has a variety of meanings depending on the context. It can mean blaspheme or curse, pierce something with holes, or even select people for something. At first glance, these usages may seem to have nothing to do with each other. In fact, some scholars propose that while the word is the same, they may derive from a different semantic history. While that is possible, these usages may actually help us understand what blasphemy really is and why it is so serious.

Whether one is selecting people or boring holes, it assumes a certain kind of relationship between the person doing the action and the object. Selecting people assumes a level of authority and power on the part of the person doing the selecting. Boring holes assumes superiority and control over an object. It could be that in a context such as our parsha that naqav is describing a person taking a place of superiority over God and treating him like an object to be controlled for one’s own use.

The injunction against naqav here was in response to the misuse of God’s name in the midst of a fight between two men. It is possible that the offending party was attempting to utilize God’s name in order to gain the upper hand in the fight. Such a thing was deemed to be so wrong as to warrant the man’s execution.

This is not exactly the same as breaking the third commandment, “You shall not take the name of the LORD your God in vain” (Shemot/Exodus 20:7). To take God’s name in vain is to treat it lightly especially in relationship to taking oaths. Naqav, on the other hand, is invoking God’s name to manipulate others for one’s own benefit.

While under the New Covenant we (as opposed to the state) have no jurisdiction to enact capital punishment, the Torah portion encourages us to take the prohibition against naqav very seriously. Are there ways in which we seek to use God to control others, and thereby commit naqav? It is too easy sometimes to invoke God’s name in hopes that people will do our bidding. We forget that every individual is answerable to God, not to us. This is something to remembered especially when dealing with those closest to us. Even when our goal is to honor God and accomplish his will, we must never think it is permissible to use God’s name against those whom we are called to love and serve.