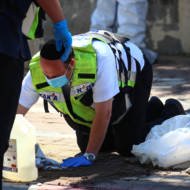 After Safest Year Since 1964, Israeli Man Murdered in Stabbing Attack 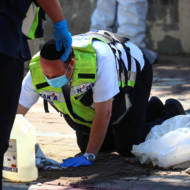 The last Israeli citizen murdered by Palestinian terrorists was 17-year-old Rina Shnerb, who was killed on August 23, 2019.

After a year in which no victims had been murdered in terror attacks, a 39-year-old man was murdered earlier today in a terror attack in Petah Tikva.

The past 12 months had been the safest year of the past 56 for Israel. For the first time since 1964, 12 months passed without a single civilian killed in a terror attack in Israel.

A second Israeli citizen was killed in a terror attack earlier that month, Dvir Sorek. Dvir was murdered on August 7, 2019 near his yeshiva in Gush Etzion. He was in the Hesder Yeshiva program which combines IDF service and Torah learning and had not yet worn a military uniform.