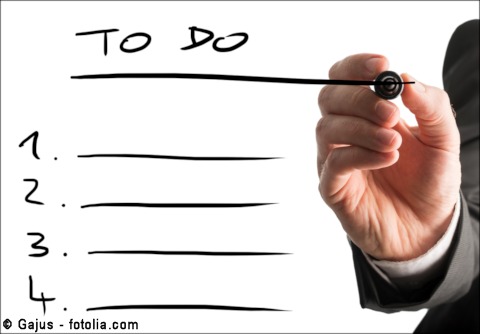 Now the LORD said to Abram, “Go from your country and your kindred and your father’s house to the land that I will show you.” (Bereshit/Genesis 12:3)

The Bible is built on a foundation of the reality of God. That should be obvious. God is never explained in the Bible; he is simply assumed. For many, believing in God amounts to no more than an acceptance of his existence, but the Bible claims much more than that. From the beginning Scripture reveals that God speaks. Not only did he create the universe by his word, he also speaks directly to people. That’s not the end of it, however. Not only does God exist and communicate, he expects those to whom he communicates to respond.

For many readers of the Bible, that’s nothing new. We don’t read the Bible to mindlessly fulfill a ritual. Even though we may find ourselves doing that from time to time, we know better. We read the Bible to get to know God and obey his instructions. But I wonder how much we really do that. We may be reminded of things we’ve forgotten and perhaps intend to make adjustments to our lives, but how often do we really take action?

It has become common near the end of business meetings to make precise note of what needs to be done and who is going to do it. These are called “actions items.” Otherwise things don’t get done. Simple, right? Yes and no. Certainly there is great wisdom in clarifying who is responsible for what and accurately specifying what those things are and by when they need to be done. But it’s not the listing of action items that accomplishes anything. They still need to be done by the person responsible. Unless you know what do, you can’t do it. But once you know what to do, you still need to do it or it won’t get done. Still sounds simple. And to some extent it is. The concept isn’t complicated, but for some of us, getting from action item to action can seem impossible at times.

One of the most important action items in history is the call of Avram (English: Abram), whose name God later changed to Avraham (English: Abraham). God’s directive to him begins in Hebrew with “Lech l’cha,” often translated as “Go forth” or “Leave” But this doesn’t fully capture the intensity of what God was saying to him. The Hebrew is literally “go for yourself,” and is better represented by older translations, such as the King James Version, which reads, “Get thee out of thy country.” There is a sense in God’s action item for Avram that requires him to fully engage what God was telling him to do.

Things don’t happen by themselves. And yet, even the more spiritually minded can become overly passive when it comes to responding to God. After all, is he not the Supreme Being? Didn’t he speak the world into existence? All he had to do was say, “Let there be light” and light came into being. And yet, how many things has he said to you and me that haven’t gotten done?

God’s word to Avram didn’t sweep him off his feet and float him off to the land of Canaan. Did you know that he got stuck about halfway between his hometown and God’s appointed destination until his father died (see Bereshit/Genesis 11:31). No wonder God had said to him something to the extent of “Come on, get up and get going.”

It takes strenuous, focused, and determined effort to obey God. Avram is our example – a childless, elderly man, called to journey far away from home and the familiar via a long, dangerous route to a hostile environment, not knowing where he will live or what he will do. But because he did it, God, through Avram’s descendants, and particularly, but not exclusively, through the Messiah, has blessed the nations of the world.

Has God given you one or more action items? Maybe it’s time to get up and get going.