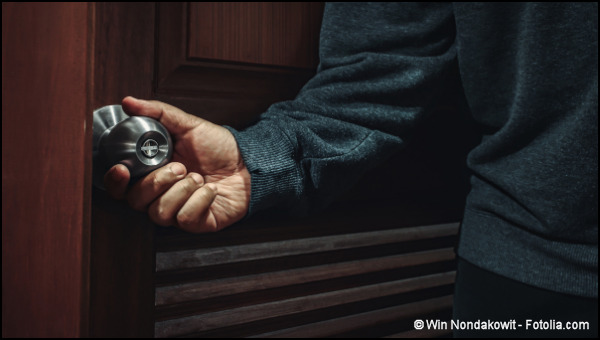 I want to comment on the effect of having guests in our homes. Some of you will relate to this more than others, but first, I must provide some disclaimers. First, hospitality is a heavenly virtue, which we should all learn to embrace regardless of the outcome. The New Covenant book of Hebrews captures the thrust of the full Bible tradition when it says “Do not neglect to show hospitality to strangers, for thereby some have entertained angels unawares” (Hebrews 13:2). Second, I prepared this message right in the middle of having a houseful of guests. While I will use an illustration that stems from this current experience, I am holding nothing against the person or persons who may have been involved in the incident below, except to thank them for giving me some fodder for this message!

The day after our guests arrived, I received an email from my Internet provider informing me that my connection had been used to download a movie illegally. I was shocked and appalled that my good online reputation had been sullied by someone whom I so graciously welcomed into my home. Thankfully the film itself was of noble character (believe it or not!), but still. To think that both my Internet Service Provider and the film’s copyright holder now views me as a pirate or worse! (I am only being a little dramatic.)

My wife and I have always enjoyed having people over. In our over thirty-six years of marriage, beginning right from our honeymoon (yes, you heard it right!) we’ve had people in our home for short or long periods of time. Eventually, we learned that when you tell people, “Make yourself at home,” some of them don’t think in terms of our home, but theirs, which can make us feel like strangers in our own home. Something that God feels as well.

Maybe you never thought of this before, but God’s detachment from Planet Earth was not his intention. His plan was to be as at home within the Creation as much as within the heavenly realm. We see this demonstrated in the early chapters of the Bible as he is found to be walking in the Garden of Eden (Bereshit/Genesis 3:8). This doesn’t last too long due to Adam and Eve’s rebellion against him. Not only are they forced out of the Garden because of their sin, but God himself becomes distant as a result. The story of the Bible is one of God’s reclaiming his creation as his own.

You may have been wondering what this has to do with our Torah portion. We tend to think of the purpose of the ancient sacrificial system as providing ritual cleansing to the people of Israel, and it did. But there was another essential aspect we don’t normally give much thought to. It was the cohanim’s (English: the priests’) responsibility to ensure the regular cleansing of the Mishkan (English: Tabernacle – the portable tent-like structure that was the precursor to the Temple). The Mishkan in a very real sense represented the presence of God among the people. Sin, which is a term used to describe substandard human behavior, brought defilement to God’s house, thus making it unsuitable for his habitation. The sacrificial system was designed not only to maintain the possibility of God’s presence among the people but also reminds us that sin makes God feel like a stranger in his own home.

The creation was designed to reflect the nature and character of God. But because the human family has insisted on making ourselves at home on our terms, not his, it doesn’t exactly look like his house. He has been pretty patient, however, knocking at the door, waiting to be invited back in as we download whatever we want and move the furniture around to our liking.

Most people don’t realize that God’s desire to reclaim his house and to have lots of his children around to enjoy it with him is so great that he himself has provided the means of restoration. The sacrificial system was a foretaste of God’s own Great Sacrifice through the person of the Messiah. His death and resurrection began a process by which the creation is becoming his own once again and his house will finally look like his home.

In the meantime, hospitality can feel like a sacrifice at times, but when we understand the lengths to which God has gone so that we can be at home in his house, it’s worth it. And most of the time, it’s a wonderful blessing!