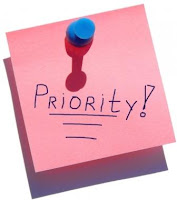 Why does Abraham argue with God over the destruction of Sodom and Gomorrah, but not over abandoning Hagar and Ishmael, or over killing his own son, Isaac?

In Parashat Vayyera, Abraham betrays a strange set of personal priorities. Still recovering from his recent circumcision, Abraham leaps at the chance to offer hospitality to strangers on their way to Sodom. While entertaining them, he learns that God plans to destroy the cities of Sodom and Gomorrah because of their wickedness. Abraham enters into a lengthy and highly stylized argument with God over these plans:

Abraham eventually bargains God down from fifty to ten, but ten righteous men are not found in Sodom or Gomorrah, and so the cities are destroyed. Later in the portion, God tells Abraham to follow Sarah’s desire to banish Hagar and Abraham’s son Ishmael from their community. The text says that Abraham was distressed over this decision, but there is no record of an argument with God on the matter. Abraham banishes Hagar, sending her off with only bread and water. Ishmael nearly dies of thirst in the wilderness as a result.

Finally, God tells Abraham to take his son, his favorite son, the one he loves . . . Isaac, and kill him. God gets no argument from Abraham. There is no talk of the rights of the innocent, no defense of the righteousness of Isaac. In fact, the text says that Abraham hastened to obey. He got up early the next morning and set off with his son, fully intending to offer him on Mount Moriah as a burnt offering.

In combination, these stories leave us with the impression that Abraham is far more concerned with the welfare of strangers than shalom bayit in his own home. Indeed, halfway through this portion, Abraham has made a second attempt to pimp out his wife Sarah to a king in exchange for material comforts (Genesis 20:3). And by the beginning of next week’s portion, his son Isaac is no longer speaking to him. When his wife drops dead from the distress of learning that her husband was planning to kill her only son, Abraham snaps out of his stupor and arranges a lavish burial for her.

Abraham seems eager to enter into an argument with God over the welfare of people he barely knows, but is all too willing to comply with commandments that would tear his family apart. He is left a widower, estranged from his beloved son, clinging to the promise that his descendants will outnumber the stars in the sky. This is not the behavior of a “family man,” at least not by 21st century standards. Yet he is remembered as righteous and is hailed as an example of unfaltering faith in God and God’s promises.

It is difficult to make sense of this paradox. It is easy to walk away from this portion scratching one’s head, asking “why, God, did you choose to build a nation from these people?” Perhaps that is exactly the point. Our Scriptures are littered with the tales of deeply flawed men and women who demonstrate their skewed priorities through their everyday choices. God does great things through them in spite of themselves. Let us remember that even our revered patriarchs could not hold their families together. “Lest we think too highly of ourselves” (Romans 12:3).