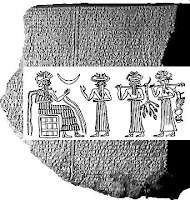 A Flood and a Tower. These are the two central narratives within this week’s parashah. Noach is rich with lessons for our day, connections to other biblical events, and full of historical allusions within the greater ancient Near East.

The most central narrative within the parashah is of course the account of the flood, of Noah and his family, and the salvation of all living creatures through the building of an ark (a wood vessel).

The ark that Noach builds is called in Hebrew a Tevah (תבה). This word only appears in two places in the entire Torah. The only other time the word Tevah is used is in reference to the reed “basket” Moshe is placed in by his mother and hidden in the river, only to be later discovered by Pharaoh’s daughter.

This was intentional. The use of the word Tevah is meant to connect these two stories. So what are the connections between the two narratives? Both of these are mysterious “vessels.” They are literally boxes. When you look at the dimensions of the ark in the Torah, it is not a typical ship. It is a box. They are both covered with pitch. Both are also “divinely directed.” Meaning, neither of them are guided by human means. The ark has no oars, or any type of steering mechanism. The reed basket Moshe is placed in is also divinely directed, left to the current of the river.

Both figures emerge from their respective Tevah to become a type of redeeming figure – a savior of humanity. And both are recognized for their obedience and faith to HaShem. The Torah wants to make clear that Noach is a redeeming figure similar to Moshe. The use of these connections also ties the whole narrative (and all the intermediate narratives) together.

I have not even touched on the connection of the Biblical flood account to other flood accounts known throughout the world, let alone the Ancient Near Eastern flood account of Utnapishtim.

The Tower of Bavel

The other narrative central to this week’s parashah is the Tower of Bavel. According to the Torah, a great “tower” was built in the plain of Shinar, intended to reach up into the heavens. G-d destroyed the tower and scattered the people across the earth, and confused their languages because of their intentions.

The reference to Shinar is believed by scholars to be ancient Sumer (one of the earliest great civilizations), and more broadly to Mesopotamia as a whole. Interestingly, the tower is called Bavel, most likely a reference to the Mesopotamian city with the same name – Bavel (Babylon).

According to the Biblical account, the purpose for building the Tower was to reach the heavens so they could make a name for themselves (Gen. 11:4). Scholars have long connected this story with the great Mesopotamian temples, known as Ziggurats – which were massive stepped pyramid structures. Ziggurats were places where priests offered prayers, offerings, and sacrifices to the Mesopotamian pantheon of gods.

Another interesting possible connection is that the great ziggurat in Babylon was called “E-sag-ila,” meaning, “the head that reaches the gods,” the same concept behind the biblical account. Maybe this is further insight into the reason G-d destroyed the Tower of Bavel???

So, what are we to make of all this?

The Scriptures contain a wealth of historical allusions and references. It is fascinating just how many there really are when you are familiar with ancient Near Eastern civilizations. But these narratives were included for particular reasons – theological reasons. They were meant to demonstrate to their ancient listeners (our ancestors) that the G-d of Israel was in fact the G-d of the flood account, which was known throughout the world. And the narrative of the Tower of Bavel is meant to demonstrate that the G-d of Israel is greater then the pantheon of Mesopotamian gods, and was meant to explain the reason for various people and languages spread throughout the world.

May we, like Noach, learn to hear from HaShem. May we also be bold enough, like Noach, to act on whatever G-d asks of us. HaShem may not ask us all to build an ark, but sometimes G-d asks us to do tasks that are often just as difficult in faith and action. The lesson of this parashah is that difficult faith is rewarded, and that the same all powerful G-d is also active in the world around us today to help us through life’s most difficult trials.

This article also appears on the UMJC website at http://www.umjc.org/a-flood-and-a-tower/