The U.S. president sent salutations to his “loyal friend” Benjamin Netanyahu on the occasion of his 70th birthday.

“Dear Mr. Prime Minister, there has never been a more productive time in the Israeli-American partnership, and I know there are many more victories to come,” Trump wrote in the missive, which arrived on official White House stationery.

“Thank you for your strong leadership and loyal friendship. You are one of my closest allies, and I look forward to the continued success we will have together,” added the president.

In response to the letter, Netanyahu tweeted, “Thank you to my friend President Trump for your warm words on my birthday. Our alliance and friendship have never been stronger.”

During Trump’s tenure in the White House, the U.S. officially recognized Jerusalem as Israel’s capital, moved its embassy there, and extended recognition to Israeli sovereignty over the Golan Heights, territory the Jewish state won during 1967’s Six-Day War.

Trump appointed to serve as U.S. Ambassador to Israel David Friedman, who remains a strong supporter of Jewish communities in Judea and Samaria. 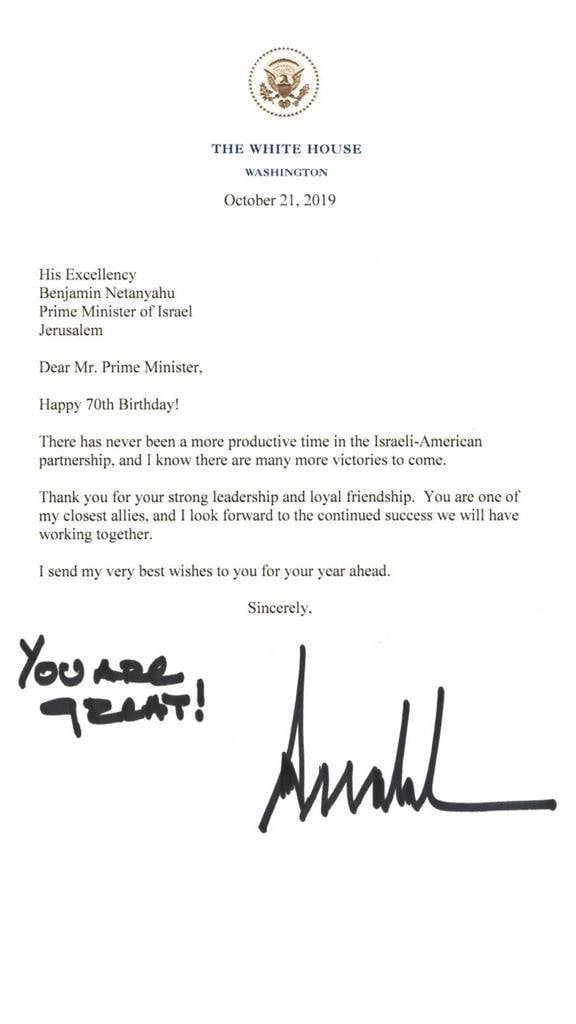