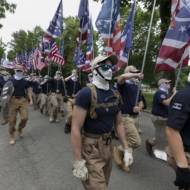 VIDEO: Jewish Man Chases Neo-Nazis Out of His Neighborhood 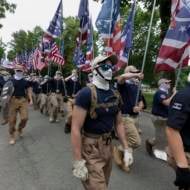 A Chicago man chased men out of his neighborhood who were placing stickers from the white supremacist group Patriot Front on signs and light posts.

Antisemitism is on the rise and attacks of all kinds are becoming more commonplace in the United States.

Over the weekend, a group of young men placed Patriot Front stickers on signs and light posts in Chicago, promoting the the white supremacist group.

Residents of the area were furious and one Jewish man took matters into his own hands, chasing the hatemongers out of his the community.