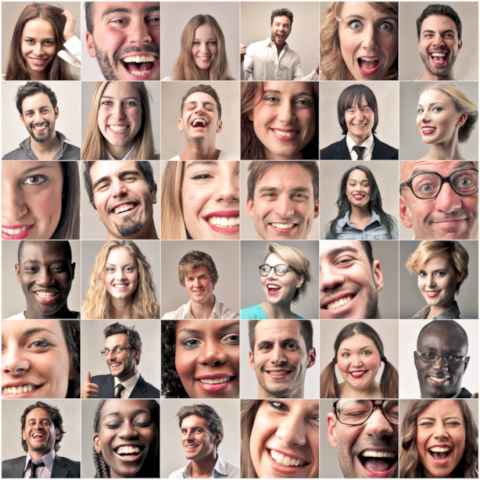 The LORD make his face to shine upon you and be gracious to you. (B’midbar/Numbers 6:25)

The cohanim, the Jewish priests of ancient Israel, were given the responsibility to bless their people. Blessing is an essential biblical concept which has to do with the impartation of life in all aspects. The pronouncement of blessing is not magic. The words given to them to say in themselves don’t cause blessing to occur. This blessing was but one of the many functions the cohanim performed as part of their role as intermediaries between God and the people. Just as they represented the people before God through the offering of sacrifices on their behalf, so God spoke to the people through the priests. The priests didn’t cause the blessing of God to come upon the people. God had already determined to bless them and appointed the priests to communicate that blessing on his behalf.

An interesting statement included in this blessing is “The LORD make his face to shine upon you.” What does that mean? Does God have a face? If so, how does it shine? And when shining, what does it mean to shine upon someone? When the Torah refers to God as having body parts, this is what is called anthropomorphism. It’s a way of speaking about a non-human being in human terms. Not only is God not human, he isn’t physical. There are times when he reveals himself in human form, however. In fact, the Haftarah portion for this week includes an example of that (see Shoftim/Judges 13:2-25) and most importantly, in the Messiah. But most of the time, when we read about God’s hand, his arms, or, as in this case, his face, the words we read are expressing something about God that is best expressed in this sort of way.

God desired that his people would experience his shining face. As best we can tell, a shining face is a smiling face, as if to say, may God look at you with a smile.

Sometime ago I posted the message, God Is Dangerous, where I emphasized that the God of Israel is the most powerful force in the entire universe. Therefore we cannot approach him any way we wish. Approaching God on our own terms may result in an untimely death. So what’s this about “The Smiling God?” How could the same God be depicted in both these ways?

That’s one of the most wondrous things about the true God. The dangerous God is the smiling God. Not that he is necessarily smiling all the time. The wonderful thing is that the only all-powerful, Supreme Being, who made the entire universe and holds our lives in his hands, may actually smile at us.

To live under the smiling face of God is to experience the reversal of the alienation experienced by our first parents in the Garden of Eden. Having been designed to be his co-workers as stewards over his creation, they turned their backs on him through mistrust and rebellion, no longer beholding his smiling face. Thankfully that wasn’t the end of it. God determined to restore relationship with his human creatures, culminating in the redemption brought about through the Messiah’s death and resurrection. Because of what Yeshua has done, we can experience the cohanim’s blessing in its fullness and see God’s smiling face again.

To have God’s smile upon us means his posture towards us is favorable. We are objects of his graciousness, which is explicitly mentioned in the next phrase in the blessing. Don’t forget, the biblical view of God is far more about his inapproachability, his grandeur, his nobility as the king of all kings. Such majesty doesn’t normally give commoners like you and me the time of day, much less a full-face smile.

But if we have been made right with him though Yeshua, God is smiling at us right now. As we get up each morning, we can be reminded that the good graces of the Master of the Universe are upon us. Not only can we enjoy intimate relationship with him, we can effectively represent him in the world. Like the cohanim of old, we now can bring the blessing of God’s smile to others.