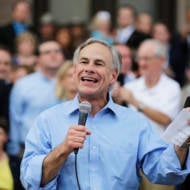 Texas is one of more than two dozen US states to pass a law in response to the Boycott, Divestment and Sanctions movement against Israel.

Texas state agencies are beginning to divest nearly $72 million worth of stock in a company said to be boycotting Israel, reports the San Antonio Express-News.

“DNB entertains no political opinion regarding the situation in Israel or the Palestinian conflict,” stated Evan Westerveld, a company spokesman, as quoted in the report.

Texas is one of more than two dozen states to pass such a law in response to the Boycott, Divestment, Sanctions (BDS) movement against Israel, says the newspaper. Until now, the legislation has been largely symbolic, it adds.

Brandon Creighton, a member of the Republican Party who sponsored the 2017 legislation in the State Senate, said that the statement that the bill makes in showing “Texas’ commitment to stand with Israel” is more important to him than any monetary impact, according to the San Antonio daily.

The bill passed unanimously in the House and with little opposition in the Senate, according to the newspaper.

Creighton said the decision by the Airbnb global online marketplace and hospitality service to reverse its boycott of Jewish communities in Judea and Samaria signaled that the law is having a positive effect. Previously, when Airbnb announced the decision to impose the boycott, the Texas Comptroller’s office announced that it would blacklist the company, says the report, adding that the Comptroller’s office now says that it is considering lifting the ban on Airbnb.

Creighton is said to have traveled to Israel to deliver to Prime Minister  Benjamin Netanyahu the pen that was used by Texas Governor Greg Abbott to sign the anti-BDS bill.