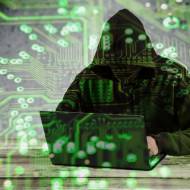 Israel’s National Cyber Directorate did not name any elements who were behind the attack, although Iran’s cyber terrorists are the immediate suspects.

A cyber-attack that targeted civilian companies which provide public announcement services to the cities of Jerusalem and Eilat set off alarms in areas in the two cities, falsely alerting the residents of a pending rocket attack.

Sirens went off in several neighborhoods in Jerusalem and Eilat on Sunday evening, sending residents to seek shelter ahead of incoming rockets.

The IDF announced shortly after that the alarms were false, apparently a malfunction with the civilian public address systems and not with the IDF’s Home Front Command sirens.

Israel’s National Cyber Directorate (NCD) said Monday it suspects that the reason for the false alarms that were heard in Jerusalem and Eilat was a cyber attack by terrorist elements.

According to the NCD, the attackers were able to activate the alarms through a company that provides public address services to local authorities. It instructed the authorities to take protective measures.

The NCD did not name any elements who were behind the attack, although Iran’s cyber terrorists are the immediate suspects.

Iran and Israel have been engaged in cyber warfare in recent years, with Iran attacking a broad array of targets, and Israel focusing on Iran’s nuclear program.

Reuven Eliyahu, chief technology officer at the Ministry of Health, told the Knesset in November 2021 that Israel’s health system faces some 100,000 attacks on a monthly basis.

In October 2021, the Iranian Black Shadow group hacked multiple Israeli sites. Earlier that month, the Hillel Yaffe Medical Center’s computer system crashed after experiencing a ransom cyber attack. It took the hospital over a month to fully recover its systems.