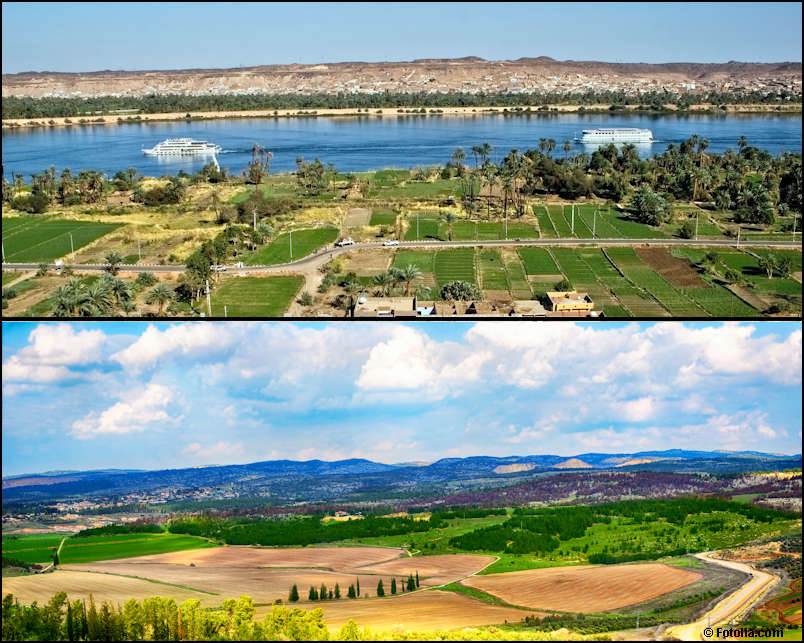 For the land that you are entering to take possession of it is not like the land of Egypt, from which you have come, where you sowed your seed and irrigated it, like a garden of vegetables. But the land that you are going over to possess is a land of hills and valleys, which drinks water by the rain from heaven, a land that the LORD your God cares for. The eyes of the LORD your God are always upon it, from the beginning of the year to the end of the year. (Devarim/Deuteronomy 11:10-12)

The people of Israel were not simply rescued from an old, oppressed life of slavery in Egypt. They were rescued to a new life of freedom in the Promised Land. The contrast between these two situations is great. Not only were they liberated from bondage, taken from being under the abusive control of the king of Egypt in order to be servants of the Master of the Universe, their entire sphere of existence was radically altered. It would have been sufficiently wonderful if they only had been granted a status change, free to thrive in Egypt as they had when they first settled there. But instead God led them to an entirely different territory as was promised to their ancestors centuries earlier.

Yet another significant difference between their former existence and the one yet ahead was that life in their new land worked completely differently from how it did in Egypt. And I don’t mean culturally, although it included that too. Settling the Land of Israel would necessitate new challenges with other peoples, and the working out of a new culture based on God’s Torah directives. The dynamics of living in the Promised Land were so different compared to Egypt that it was almost like being taken to another planet.

Egypt and Israel, though neighboring regions, are controlled by different ecosystems. An ecosystem, according to Merriam-Webster is “the complex of a community of organisms and its environment functioning as an ecological unit.” Agriculture in Egypt was dependent on the Nile River. As far as the Egyptians were concerned, the Nile was a permanent and dependable resource. Having such a vast water supply in those days in that part of world was more valuable than anything. No wonder the Egyptians regarded the Nile as a god.

Israel’s ecosystem was not like that at all. As Moses said: “The land that you are going over to possess is a land of hills and valleys, which drinks water by the rain from heaven, a land that the LORD your God cares for” (Devarim/Deuteronomy 11:11-12). Israel even today has very little permanent water resources, notwithstanding current technological advances in desalination and waste-water purification. Without adequate annual rain, Israel would quickly experience a drought induced famine situation. Regular provision of rain would be a matter of life and death.

Israel’s ongoing dependence upon rain was to lead them to an ongoing dependence on God. Of course, Egypt was actually as dependent on God as Israel was to be. As the Creator and Sustainer of all things, he is behind all provision, including the presence and abundance of the Nile. But since the rain-dependent source of the Nile was far removed from the center of Egyptian life, the people would not be readily aware of that. Israel’s ecosystem forced them to look to God in a way that was not so obvious in Egypt. They had spent hundreds of years in a land, which, while oppressive, was rich in water, but now they were called to live in a land where their water situation would be precarious.

The uncertainty surrounding this essential resource didn’t mean they wouldn’t have water. Moses’s words were not geared to make them anxious due to the fear of drought, but rather confident in God’s provision. As we read, this would be living in “a land that the LORD your God cares for.” While Israel lacked the luxury of taking water for granted they were gaining an environment that was under the watchful eye of a loving and caring God.

The level of trust in God required of Israel is no different from the basic faith of any true follower of the Messiah. Yet, not all environments are the same. We know we should always be dependent upon him, yet he leads us into all kinds of situations where we find ourselves having to trust him in ways we’ve never had to before. We may not know that we have been taking certain areas of life for granted until they are not as readily available as we had been used to.

We need to take care not to overreact when we discover we have been depending on things instead of on the God who provides them. It can be jarring to all of a sudden have to trust God for things we have been taking for granted. But let’s remember, like the Land of Israel, the eyes of our God are always upon us. We can trust him even when the ecosystems of our lives radically change.