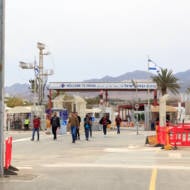 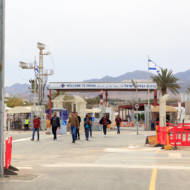 The so-called Jordan Gateway is a “breakthrough that will contribute greatly to developing and strengthening the region,” said Israel’s prime minister.

The Israeli government on Sunday approved a proposal to accelerate the creation of a joint industrial zone straddling both sides of the border with Jordan, according to a statement by Prime Minister Yair Lapid’s office.

Known as the “Jordan Gateway,” the initiative is geared towards increasing cooperation between Israelis and Jordanians and was first proposed during talks on the 1994 peace accord.

“Twenty-eight years since the peace agreement with Jordan, we are taking the good neighborly relations between our two countries another step forward,” Lapid said in the statement.

“It will allow Israeli and Jordanian entrepreneurs and businesspeople to communicate directly. It will produce joint initiatives in trade, technology and local industry. This is a breakthrough that will contribute greatly to developing and strengthening the region,” the prime minister added.

The plan includes an existing bridge joining the Israeli and Jordanian sides of the park, and Sunday’s decision calls for advancing the construction of a terminal in Israel for pedestrian crossings that will house a facility for hosting businesspeople and guests who arrive from Jordan.

Plans to immediately build an entrance to the facility along with the necessary structures for operating the park will now be evaluated, and resources will be allocated in order to complete the project, the statement said.

The government will also begin devising medium- and long-term proposals for attracting commercial entities to the industrial zone.