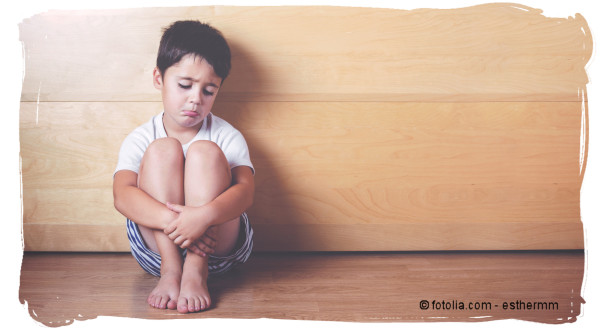 And [Israel] blessed Joseph and said, “The God before whom my fathers Abraham and Isaac walked, the God who has been my shepherd all my life long to this day, the angel who has redeemed me from all evil, bless the boys; and in them let my name be carried on, and the name of my fathers Abraham and Isaac; and let them grow into a multitude in the midst of the earth.” (Bereshit/Genesis 48:15-16)

My life is distinctively marked by the times before and after my coming to know Yeshua as my Messiah at age nineteen. Before that day, I was completely self-focused, utterly selfish, trapped in a pit of darkness, without purpose or hope, and consumed with fear. Afterwards, a broad vista opened up before me as I embarked on an amazing journey with God, filled with love, life, and light. While I have had to deal with the effects of the poor foundation of my earlier life, I cannot exaggerate the contrast between these two stages of existence. After being overwhelmingly enriched by the goodness of God since the day of my transformation, I shudder when I think back to the dark days of my youth and childhood.

I was recently writing down for the first time the details of my early life, and was struck by the many bad decisions that were made on my behalf. Children and youth are easily victimized by the selfish and misguided actions of our parents and guardians. Yet, I am not one to ask the question, “Where were you God?” for example, when my father abandoned me at age fourteen. I haven’t asked that question, since I assumed I knew the answer: he wasn’t there. My whole life was characterized by the absence of God in contrast to later when he would fill it to overflowing. But there’s a problem with this perspective. It isn’t true. The painful circumstances of my life may have felt to me as if God was far away, but he was, in fact, looking after me the whole time.

Jacob would agree. When we read his story in the Bible, it is apparent that even though the reality of God was so much a part of his father’s and grandfather’s lives, he didn’t actually trust God personally until later in life. It might seem strange to many of us that he could experience God speaking to him, while being alienated from him. But this is clear from his vow he made to God on his way to live with his mother’s family in Mesopotamia: “If God will be with me and will keep me in this way that I go, and will give me bread to eat and clothing to wear, so that I come again to my father’s house in peace, then the LORD shall be my God” (Bereshit/Genesis 28:20-21).

Unlike myself, Jacob had a concept of God and promised he would commit himself to him if God would take care of him as promised. I don’t think this is why Jacob would become a believer later on. What made the difference appears to be his wrestling encounter with God (see Bereshit/Genesis 32:22-32). Still, as we read in this week’s parsha (Torah reading portion), looking back on his life, he acknowledged that God was his shepherd through it all.

Through everything he went through, a dad who preferred his twin brother over him, that same brother, due to Jacob’s own deceit, wanted to kill him. While led to the woman of his dreams, he ends up having to marry her sister first, resulting in a very messy family situation. Then, his children later have their own set of dysfunctional issues. Yet after everything he went through, he could confidently assert that God “has been my shepherd all my life long to this day.”

It took me many years to be able to assert the same thing with regard to my own life. In spite of the confusion and suffering I endured in my first nineteen years, I can say now that God was not only watching over me, but was guiding my every step. Exactly how that works, I don’t know. Did God cause my negative circumstances or did he simply allow them? Frankly, I don’t care. Some things are beyond our comprehension and I am okay with that. What’s most important and precious to me is that in his divine wisdom and love, through all the turmoil and strife, God preserved my life when I thought it had no value, provided for me when I thought I had nothing, and guided me when I thought I had no direction. I know now that it wasn’t that God wasn’t present. It’s that I didn’t know he was there all the time.