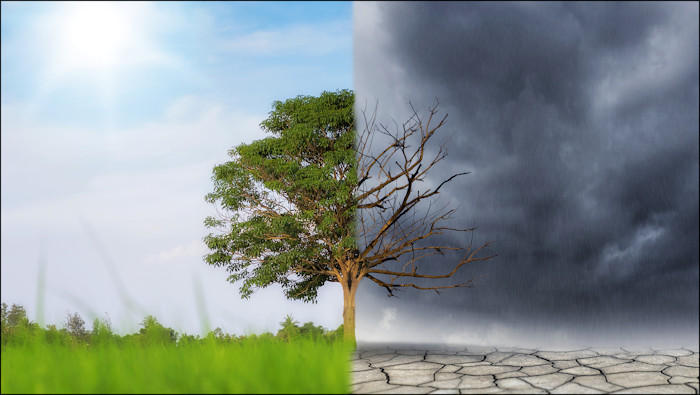 If you walk in my statutes and observe my commandments and do them, then I will give you your rains in their season, and the land shall yield its increase, and the trees of the field shall yield their fruit. (Vayikra/Leviticus 26:3-4)

There are few issues today that capture people’s attention as much as climate change. Climate change is far more than whether the global climate is significantly changing. It’s the great concern over its apparently inevitable devastating effects and that human beings are its chief cause. For many the climate apocalypse has taken the place of the threat of nuclear war as the world’s biggest fear. Destructive storms, unstoppable fires, and coastal flooding are lurking just around the corner.

There was a time that talking about the weather was considered polite small talk. Now it’s the stuff of international summits and overarching government policies. According to many leaders unless we drastically decrease our consumption of fossil fuels immediately, the world as we know it will no longer exist. It might even be too late.

The Torah includes insights to help us effectively deal with this issue. First, that we should care about the environment is a concern all people should share. This may come as a surprise to some people of biblical faith, especially those who mistakenly detach things spiritual from things material. God placed human beings on earth as caretakers of the planet, a responsibility never rescinded, superseded or redefined. From the Bible’s perspective, the importance of spiritual matters is deeply connected to the material realm. Spirituality in all its expressions, good and bad, is lived out in the physical world, not apart from it or in denial of it.

The Torah is clear that the health of the environment is dependent upon human activity. Some of that is obvious as in those things where our actions have immediate consequences. We have learned to burn wood in our fireplaces and natural gas in our homes in such ways so as to not poison ourselves with fumes. The industrial revolution caused great pollution, and smog was a major health hazard. I wonder how many people are aware of how cites like London and Los Angeles have effectively addressed such problems. Climate change is much more difficult to analyze because we don’t readily observe its effects or what the causes might actually be. The Bible however shares the concern of climate change proponents, though not necessarily what’s fueling it (pun intended).

According to the Bible the prime factor controlling the environment is morality and plays out in two ways. First, cause and effect – not in a way readily observable, but more obvious than we may think. While there are large regions of the world that are very poor, history has never seen the level of affluence many of us take for granted. Who thought even a few years ago, that it would be common for young people to carry (in their back pockets no less) a device worth hundreds of dollars that gets completely replaced every one to two years. The demand for individual convenience, pleasure, and status has resulted in overly excessive consumerism and waste. Yet, tragically, many people of faith refuse to consider greed and selfishness as issues to be concerned about. We produce far more than we need and in such a way that results in mind-boggling waste. Do we really think God will allow us to get away with this forever?

That brings us to the second way morality affects the environment. The Torah is clear that there is more than simply direct cause and effect going on. The well-being of the planet is dependent upon a relational dynamic. The earth belongs to God, and it matters to him whether we live according to his ways. When we do, the environment cooperates; when we don’t, it doesn’t.

I would suspect that many of those so very concerned about climate change would scoff at my tying spirituality and morality to the environment. But that connection may not be as mysterious as some may assume. Can we not see, for example, how sexual liberation, by undermining the traditional family as the basic building block for society, greatly contributes to the ever-increasing production of goods with its accompanying waste? Then we are told that if only there were less people, we would be better off, failing to understand that while humans contribute to the world’s problems, we are still God’s chosen solution. We can only make a short- and long-term positive difference if we live God’s way.