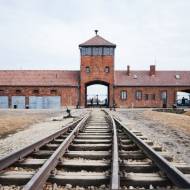 Amazon has removed three Holocaust-denying books following an outcry from the Jewish world. United with Israel played a role in the public campaign urging the online bookseller to eliminate such items.

Amazon has removed three books that deny the Holocaust ever happened after facing criticism when it was revealed the online retailer sells books promoting Holocaust denial and anti-Semitism.

The three removed titles include: Did Six Million Really Die? by Richard Harwood; The Hoax of the Twentieth Century: The Case Against the Presumed Extermination of European Jewry by Arthur R Butz; and Holocaust: The Greatest Lie Ever Told by Eleanor Wittakers.

Amazon’s actions, “indicate they are taking this seriously,” he said.

Rozett said the real test will be whether Amazon takes further steps to stop giving anti-Semitism a platform.

“We are also gratified to note Amazon removed numerous other Holocaust-denying items from its website. It is encouraging to know that Amazon is endeavoring to enforce its own standards and guidelines prohibiting the sale of materials that ‘promote or glorify hatred, violence, racial, sexual or religious intolerance.’”

United with Israel (UWI) was instrumental in exerting public pressure on Bezos. At least 1,400 UWI followers sent messages to Bezos and Amazon demaning that the company stop selling books that promote Holocaust denial and anti-Semitism.

Many more Holocaust-denying and anti-Semitic materials are still sold on Amazon.